Survivor of D-Day on Juno Beach

Born in 1920, Russell Plesuk saw a lot before he married Ethel Skorick in 1948. As a young man, he and others “rode the rails” to Washington state in search of work. By 1940, Russell had made five trips west. “I bet one time there were maybe 50 of us in one boxcar.”

Then Russell went to Detroit, where he had two brothers. There he built B-24 bombers until drafted into the Navy in 1943. Russell’s LST was part of the June 6, 1944, Normandy invasion. “We landed on Juno Beach. We unloaded servicemen and trucks and tanks and reversed, and went back to England for more. We made a lot of missions from England to France.” Is he now proud to be an American? “One hundred percent and then some.”

Russell grew up on the farm near Butte that his Ukrainian immigrant father homesteaded in 1901. Russell remembers as a child, the entire family [of eight children] was always present at mealtime, at which time his father would recite the Lord’s Prayer in Ukrainian. At 15, Russell says, “I was seeding all the crop. But when we were eight, nine years old, we were men. We worked like a man. By six years old, we were milking cows already. There was no money but plenty to eat. One penny for a stamp.”

“Yeah,” Ethel interjects, “By the time you are six you better know how to milk a cow. It was different in those days; so much was expected of the parents, and especially the mother. You go to church—[the children] have to be absolutely quiet. Hardly any whispering or anything, and if you fuss you would be taken outside and they’d be given a spanking. [Marriage] is all I’ve known. I never had no other experience.

“My [eight] children turned out fairly good,” Ethel says. “I’m always telling them I’m very proud of them. And I am. Success in life to me is having a happy family, having a good relationship with all the kids.”

“And with your husband,” Russell says. 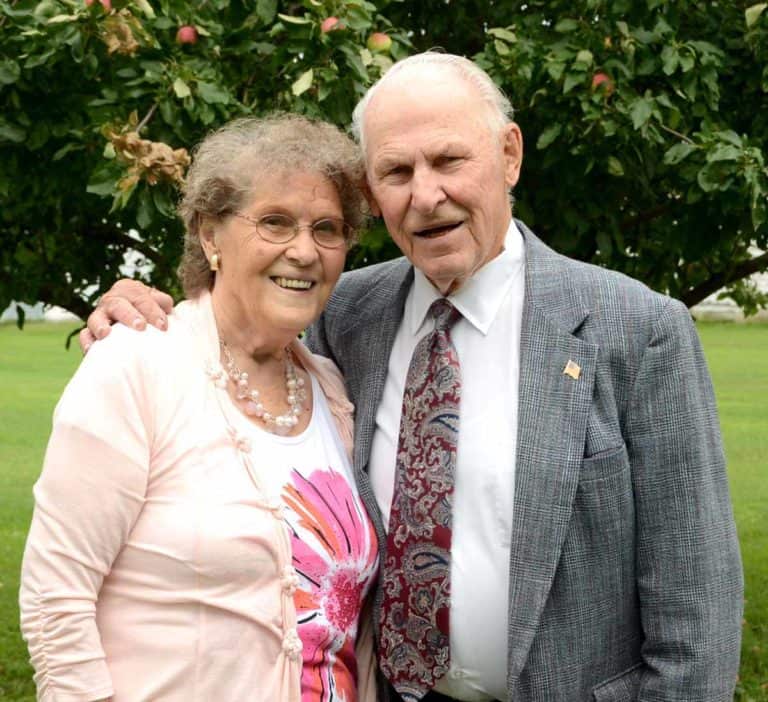