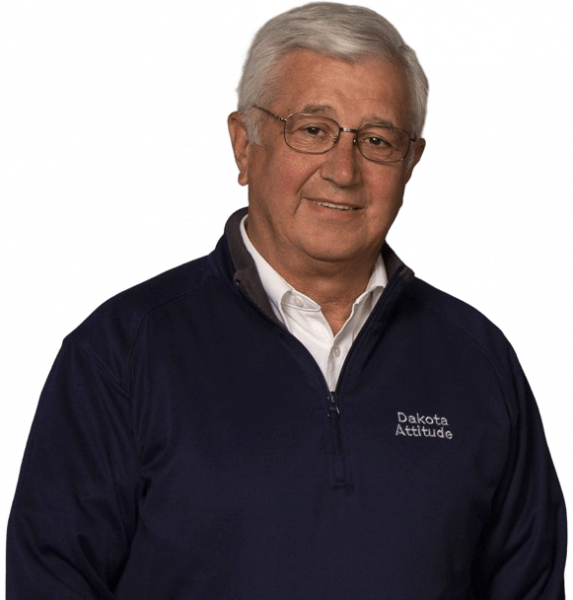 Jim grew up on his family’s farm near Hensel, located in northeastern North Dakota in Pembina County. Like many North Dakotans of Jim’s era, his schooling started in a country school, Hartje #53. He had one first-grade classmate.  He is proud of his rural upbringing, North Dakota heritage, and service in the U.S. Armed Forces (1967-1969) and to fellow veterans during his 34-year career at the Veterans Administration. In the VA’s Adjudication Division, Jim found a passion for working with former American prisoners of war and their families.

In 1972, Jim married Sharon Pollock, who grew up on a farm in Emmons County. The couple has three children and four grandchildren, and lives in Fargo. With love and support from Sharon and his family, it has taken Jim more than 15 years to bring Dakota Attitude to print.

A Cause for Reunion

When it came time to take a photo of the Independent Book Publisher’s medallion awarded to Dakota Attitude, Jim invited story subject Dr. Maurice Bonemeyer to join him for the shoot.

Now in his 90s, Dr. Bonemeyer, a former German POW, stood with Jim beside the North Dakota flag that the younger soldier had carried with him throughout his time in Vietnam.

Dakota Attitude is dedicated to all the North Dakota service men and women who died fighting for our freedom. 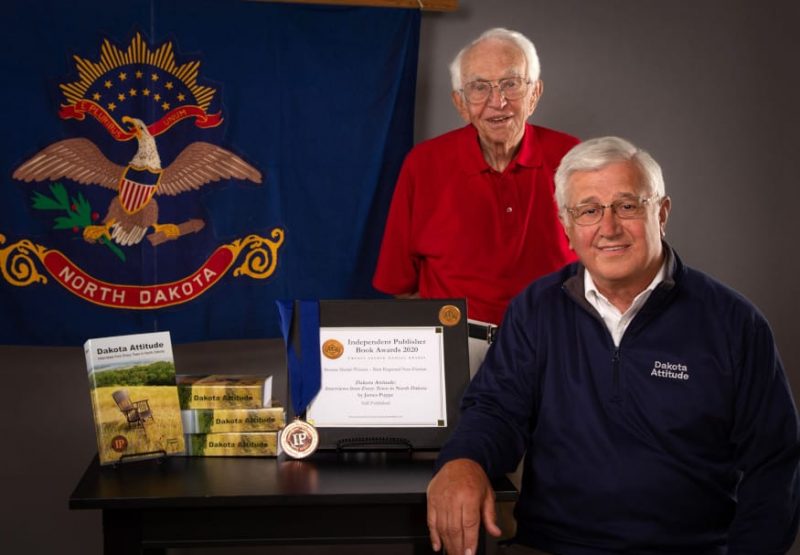 Jim is eager to hear from readers. Whether you want to set-up a reading and signing, or just have a story of your own Dakota attitude that you want to share, he’ll be pleased to hear from you. Just click the button below.

The Photographer Behind Dakota Attitude​

During his time in Vietnam, Jim was an aerial photographer. The skill became his hobby. It was handy when it came time to interview more than 1,000 people. Yes, Jim took all the photos for Dakota Attitude. What’s more, he’s been taking pictures of the beauty of his home state for a long time. Here are just a few for you to enjoy. (Point at the photo to see the caption.)