POW: “The Greatest Sight I Ever Saw”

When Maurice Bonemeyer was a five year old, he suffered from mastoiditis, an infection located about the ear. Before antibiotics, it was one of the leading causes of death in children. He is convinced having mastoiditis as a child saved his life as a German prisoner of war.

In 1944, World War II was raging and Maurice was fighting in the Battle of the Bulge. “We were in the Argonne Forest,” he recalls, “and it was wintery. We were living in foxholes, two to a hole. The Germans started to move. They just overwhelmed us, and we were captured.”

At the prison camp, there was little food. He was forced to dig trenches for graves. “Guys were dying, some were losing their minds. I knew I couldn’t survive.” A German doctor, at the prison camp, examined Maurice’s complaint of pain behind his ear. “He touched there. I screamed, and he said, ‘Oh, mastoiditis’ (in German), so he sent me up to the prison hospital. That saved my life. I didn’t get any more to eat, but at least I didn’t have to go out in the cold and dig graves.” There he was referred to a fellow prisoner, a Serbian colonel, who was an ear, nose and throat specialist. “Well, it didn’t take him long to find out that I was faking it. But he said, ‘You are my good American friend. I want you to tell me all about America.’” That connection postponed his duty status. Maurice emotionally describes his release: “Here comes this Sherman tank. That was the greatest sight I ever saw.”

When Maurice returned from the war, he attended Marquette University Dental School. He returned to North Dakota, where he established a successful dental practice for many years. Dr. Bonemeyer married Mary Jean D’Orazio. They had five children.

Dr. Bonemeyer briefly mentions little setbacks in life we all have, but “I think it never gets that bad again [as in prison camp]. I think the good Lord has really taken care of me.” 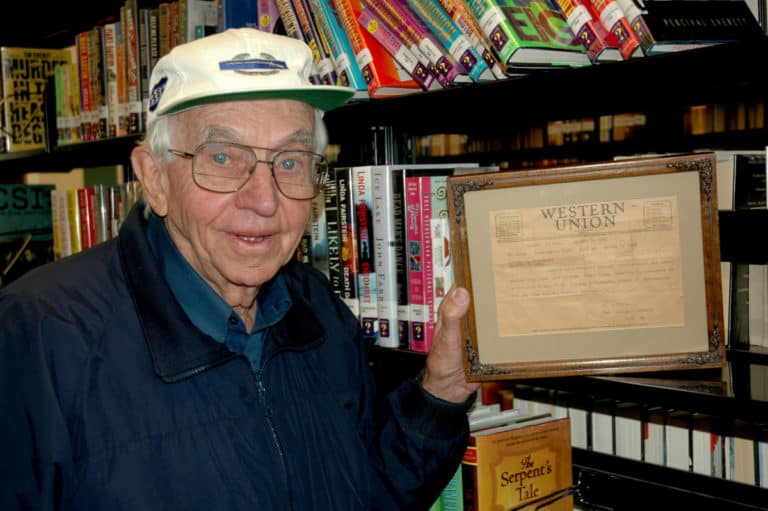