Joe and Pauline’s first child was born July 19, 1950. The last child, number 21, was born September 23, 1971. One son, Mark, was killed in a motorcycle accident when he was 19. Forty-four grandchildren and 42 great-grandchildren have so far been added to the Roll progeny.

Feeding 21 children required an abundant food supply. “Some people talk as if we had to use one pig for one meal,” Pauline says, “but good night, I can’t really say that the kids ate that much, as many as there was.” According to son, Joseph, they butchered four to five pigs and about three beefs a year.

Then there were gardens, three of them. “One with sweet corn, one with pumpkins and watermelons, and one with vegetables,” Pauline enumerates. “Well, I canned pickles and corn and mixed vegetable for soup. I put up with just one freezer for a long time.” Later, her freezer count reached four—two in the house, one in the garage, and one in the butcher house.

Family travel presented a challenge. They never missed church, traveling the 13 miles in the family station wagon. “Well, we’d all pile into one car when we’d go to church,” son Joseph laughs, “and there was benches that we’d had along the sides and the back.”

For Pauline, big families are a blessing. “Well, see, I come from a big family [of 19], so it really didn’t bother me that it’s too much work. And after I had five kids, well then the older ones already helped. Well, I can’t say that the kids didn’t get along with each other. That’s one thing I have to give them all credit for.

“My oldest sister, she only had one kid. She always was after me to give her some of mine. Well, it didn’t go over so good. I said, ‘They’re not for giving away, and they’re not for sale either.’ I’d never want to be without a family.” 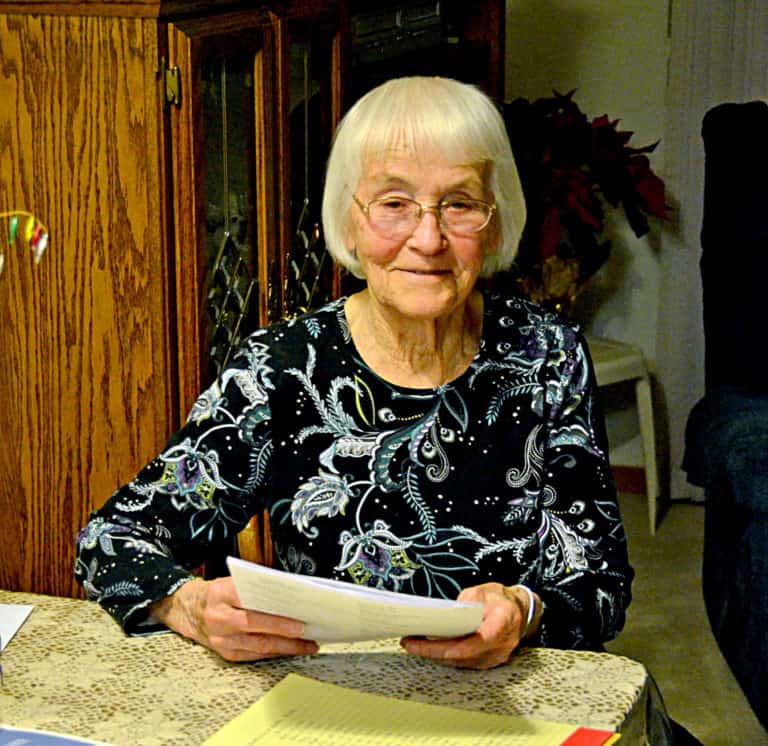