He Learned from the Bums

John was born February 9, 1920, in Minnesota Township, which is northeast of Bowbells. He comes from a family of six boys and three girls. “Number three from the oldest,” he clarifies, “I was just another doggone boy. I didn’t get much attention.

“We caught them going so darn fast. Kids, you know, are pretty strong and nimble. You would run as fast as you could go and when that handle come by you, you would grab it, and it would snap you right off your feet. Gee whiz. And then climb up on top, until it stopped, and then you would get inside, get into the car.

“One time we were riding on a load of telephone poles—logs, highline poles—on a flat car, and when he put on the brakes, or whatever happened, the logs shifted. Almost pushed us off the front. And the bums, they come sneaking around there to see if we were alive yet. They said, ‘That will teach you. Don’t ride in front of logs.’

“Some of those boxcars were full. Bums. People. You can’t believe how many people were riding then, from all over the country. In Pendleton, Oregon, it must have been a cross-country, whatever, we counted them once. Over 100 guys come off that one train.

“It was during the ’30s, you know. There was no work available anyplace. Nobody had any money to pay. We did this because, well, we were just dumb kids. I guess I was still a teenager. I suppose I was 15 or 16, maybe, the first time. [The third time] was a couple of years before I was drafted, see. I could never have done it myself. If it wouldn’t have been for the professional bums. They rode freights all the time. They give you tips what to do.” 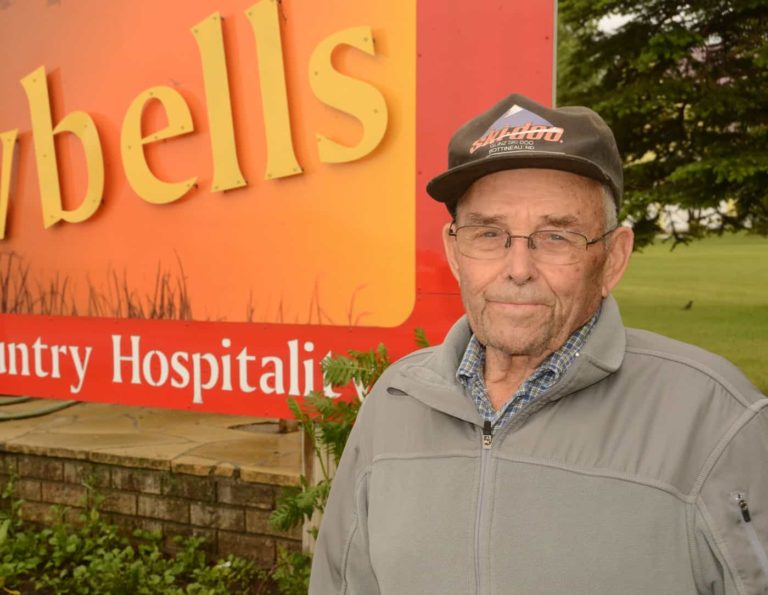